It’s funny how many years of experiencing it took for me to create that very tiny sentence.

When I was 5 my kindergarten teacher let me invert an old stapler and attach boarders to her bulletin board. I guess I never looked back. She also taught me perhaps one of the most valuable lessons of my growing life- I thought it was Saddam WHO IS SAYING. I thought that was his leader name. During circle time I had a lot to say about this, my nickname was jabber Jawz, she let me talk freely, then she methodically dismissed everyone else and she told me.. “his name is Saddam Hussein,” and she wrote it out for me. Could you imagine if I never learned that, or even if I hadn’t learned it in that very exact moment?

On the last day of school I held her by the knees and cried while others passed me by, dropping hot pink pencils and running for their parents. I wasn’t stupid. I knew it was the end. 5 years later I found her and we agreed I’d do a gymnastics routine to Mariah Carey at the kindergarten graduation that year, 1994. I was a distinguished 5th grade gymnast and a sentimentalist who went back 3 elementary schools to find Mrs. Surrett and say hi.

Every chance I’ve had to curate children’s artwork I have the same feeling I had when I spoke freely in that kindergarten circle, and then I learned something privately. 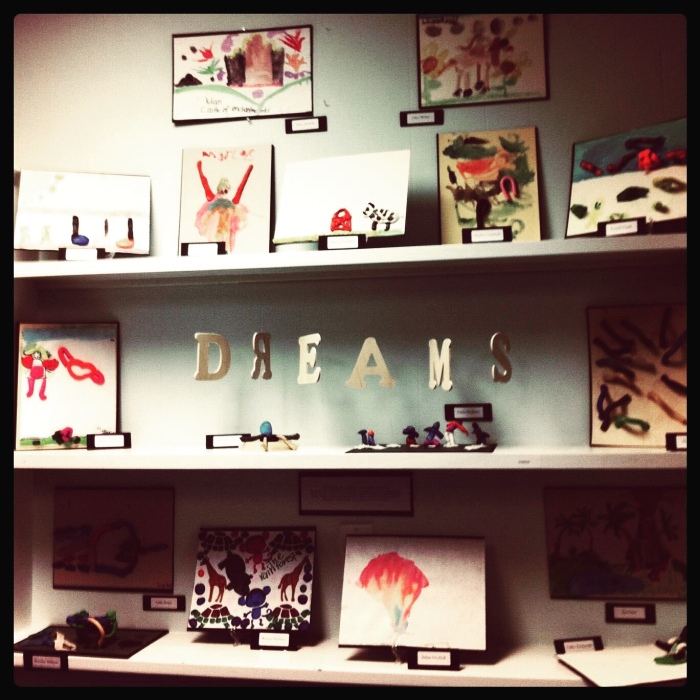 Published by April A. Reeves

Pick a box, it’s contents will help you along the way. View all posts by April A. Reeves